Who the Hell is Stewart the Rat?

By 1978, writer Steve Gerber had his seminal character, Howard the Duck taken away from him by the powers that be at Marvel comics. Part of the problem was the standard situation of Jim Shooter needing to stick his nose into every single comic for better or worse, but from the perspective of Marvel investors the bigger problem was a threatened lawsuit from Disney claiming that Howard looked a bit too much like Donald Duck.

In the end Steve Gerber drew the line when they wanted to put Howard into long pants.

Sure it sounds like a minor issue, but it was the place where Gerber stood his ground, and lost. Howard was taken out of Gerber's hands, Gerber was let go from his editor position at Marvel, and Howard was handed over to Bill Mantlo who turned the book into a series of lightweight superhero parodies.

Jump ahead two years to 1980, and a book appeared on the shelf from new, indie publisher, Eclipse Comics that reunited the entire Howard the Duck team of Gerber, Gene Colan on art and Tom Palmer on inks, with the happy go luck title of Stewart the Rat.

Stewart was an obvious attempt for the team to recapture the existential weirdness that was Howard, only this time without the restrictions of either the Comics Code or Marvel editorial.

It might be a few more pages then I should put up, but here are six pages from the original GN showing the origin of Stewart. 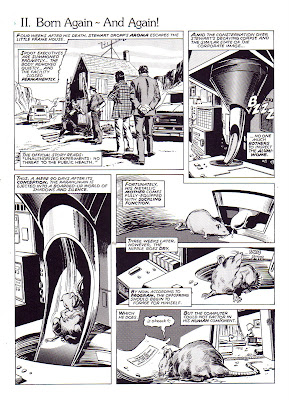 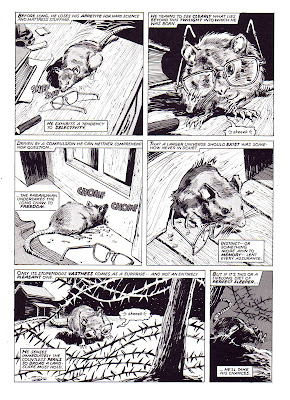 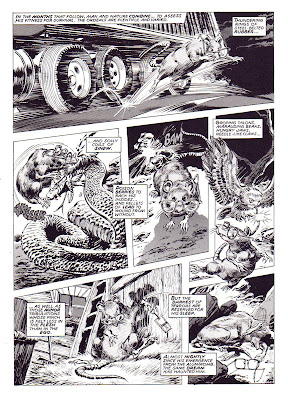 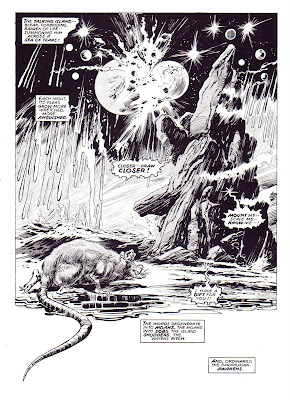 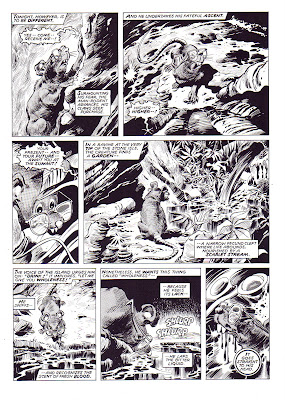 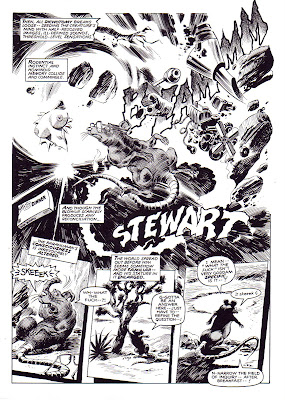 Stewart the Rat is a great little story with fantastic art and some of the most oddball writing in comics history. Colan, Palmer and Gerber are all at their primes and the work is a true labor of love.

Sadly though, this one story was Stewart's only appearance. 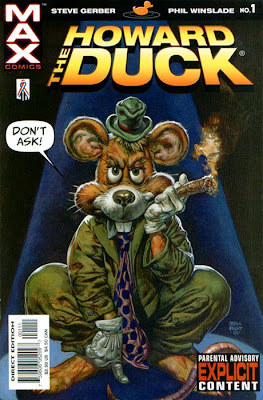 Okay, sort of, but then that's another story for another time.
Posted by Rick Diehl at 7:04 PM