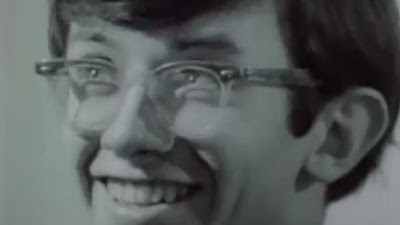 The 60's had indeed been one long strange trip, but by the early 70's what had once been a revolutionary and radical change in how people perceived the world had become just another popular and chic way to sell stuff.


By the early 1970's, the art style of the underground comics as well as people like Peter Max had been embraced by the mainstream, psychedelia was in and it looked like everyone on Madison Avenue was on LSD.

Here is a well remembered commercial for 7-Up from early 1970 that is heavily inspired by the film Yellow Submarine.

From around the same time, for Levi's, Ken Nordine walks us all down from a bad trip, taking us into the sunshine and warmth of colorful pants.
This little seen one for F&F Throat Lodges really captures that underground comic vibe.

Dial Deodorant, seems to be hoping that bright colors and heavy repetition would get through the mist that used to be our minds.
And finally not to be outdone, McDonald's gave us their entire tripped out, Sid & Marty Krofft inspired McDonald's Land
Like wow man, like wow.