1974 was a banner year for exploitation films, and one of the best of the entire lot was Roger Corman’s, Big Bad Mama directed by Steve Carter and starring Angie Dickinson, televisions Police Woman and one time paramour to John Kennedy, as Wilma McClatchie.... 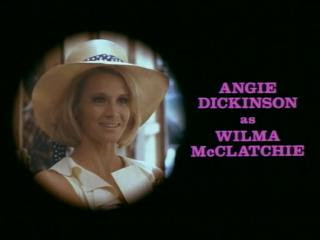 .....a poor widow living in Texas during the early days of the Depression who along with her two nubile teenage daughters, Billy Jean and Polly, played by Susan Sennett and Robbie Lee turn to a life of crime while showing as much skin as possible in the process. Big Bad Mama is loud, rude, dirty and at times very funny. 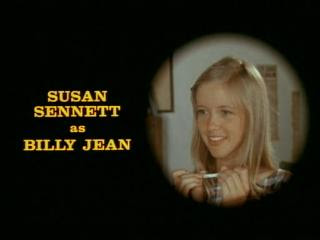 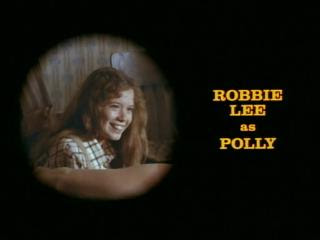 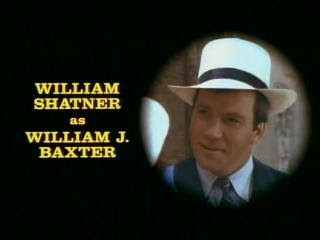 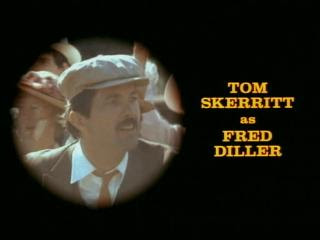 Who both join into the fun with true scenery chewing gusto.
After her bootlegger boyfriend is shot to death by Revenue Agents, including character actor Dick Miller, Wilma and her daughters try to take over his bootlegging route but after a few disasters and close calls, takes to the road with her two sex obsessed daughters looking for a better life.
But it being the Depression and times being tough Wilma instead ends up working for tips at a diner, but that job is short lived when Billy Jean and Polly sneak off to a local club to make a few dollars striping, and a raging mad Wilma shows up pulls the girls off the stage and then proceeds to rob the entire club at gunpoint, and then make a quick get away out of town by stealing the car of a crooked preacher.
With their new found wealth the ladies head to the nearest city and set themselves up in the best luxury hotel they can find, realizing just how much they enjoy the good life, Wilma decides to take up crime full time.
The next day the trio goes to a local bank in a attempt to pass a bad check, but run right into bank robber Fred Diller (Skerritt) instead.
Diller’s attempt to rob the bank goes wrong, and he ends up shot in the leg while his two partners are killed, however Wilma stays cool dashes behind the counter grabs the cash and heads out to her car, reluctantly allowing Diller to tag along and help with the escape.
Diller and Wilma hit it off and after a night of lovemaking the two decide to team up.
But no sooner do the two become a couple when Wilma meets conman William Baxter (William Shatner with a terrifying Southern accent) at the horse races and finds herself attracted to him.

Baxter not realizing what he has gotten himself into is stunned when Wilma, Diller and the girls stop to rob the box office on their way out of the track, but is happy enough to come along for a share.


And then we get to the scene.

The scene that is terrifying to see but impossible to look away.
Yes, I of course mean, William Shatner’s nude scene.


While Baxter and Wilma spend an extended time in bed, Diller, jealous about the situation gets ready to bust in and shoot Baxter, but is stopped at the last minute by Billy Jean, who takes Diller back to his room and climbs into bed with him.

Seemingly a much happier guy with his brand new very young girlfriend, but still secretly seething over Wilma and Baxter, Diller agrees to team up with the group in a plan to kidnap a millionaires daughter and settle in where Wilma dreams of a better life.

After kidnapping the girl though Baxter overcome with the fear of being captured starts to freak out and after catching Diller fooling around with the kidnapped heiress, Baxter has enough and sneaks away from the gang betraying them to the authorities in the process.

Not knowing that Baxter has betrayed them the gang goes to the ransom pick-up and finds themselves in an ambush.


Diller dies, but not before killing Baxter who the police forced to accompany them to the scene, meanwhile Wilma and the girls gets away with the ransom. But Wilma is shot and shortly after while driving out of town with the girls, she slumps in her seat and dies.


After the success of Bonnie & Clyde movies about outlaws had a bit of a vogue and Big Bad Mama is one of the most fun of the bunch. A funny and ludicrous script is given some real punch by the talented cast of Dickinson, Skerritt and Shatner. The two girls playing the daughters have a good time playing their parts as half comic relief and half sex pot, and the rest of the cast of regular Corman performers play their roles broadly and for fun.