Apollo 11: The Eagle Has Landed 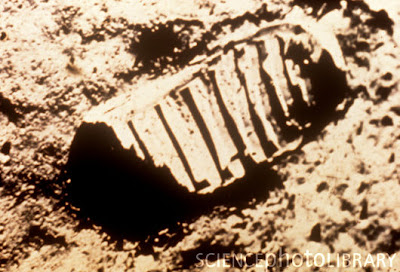 On July 20, 1969, Armstrong and Aldrin landed safely in the Sea of Tranquility on the surface of the moon.


And even Walter Cronkite lost it, just a bit....

At 10:56 EDT on that fateful Sunday, Armstrong stepped out of the hatch and took his first step on the moon. 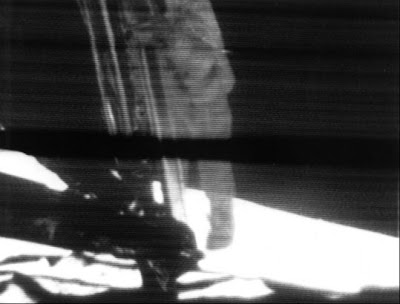 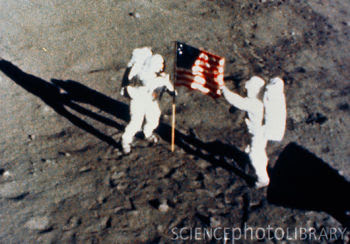 With Atlantis on its way back to Earth and America's leaving outer space behind us, this is a sadder anniversary then most.
But still, here's to a time, when we as a nation, hell we as a planet were able to dream of so much more.