The Curse of Frankenstein

When Hammer pictures embraced horror in the late 1950's, Universal Pictures in the US went a little ballistic.After all, for almost 30 years when people thought of Frankenstein, Dracula or most other monsters, they thought of the old gang of Boris, Bela and Lon Jr, and now these full color, dripping in gore upstarts were taking all the glory. But really, Hammer deserved the credit it was getting. in those first few years of horror the studio managed to produce several authentic classics.

Watching 1957's Curse of Frankenstein, it's hard not to be mesmerized by Peter Cushing's performance as Victor Frankenstein. 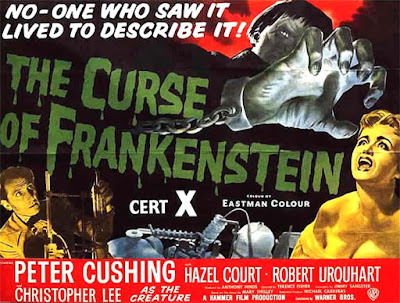 Cushing was no Colin Clive, and unlike the gentle, kindly, yet obsessed Henry Frankenstein of the 1930's, his Victor was cold, cruel, and more then willing to help along the process of assembling his experiments by providing his own victims for parts.

Watching Cushing's Frankenstein casually destroy the housemaid he'd been having a affair with among other acts, makes it very clear that the ugly guy strangling people isn't the most vicious monster in the film. 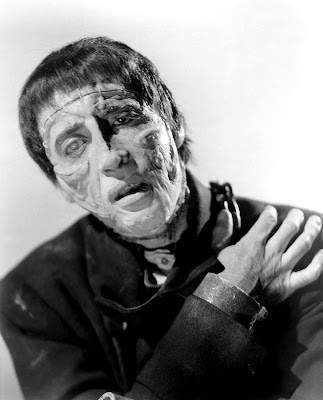 And what a great monster Christopher Lee is too. Without any of the sympathetic characteristics of Karloff's creature  Lee's monster is ugly, dangerous and just plain homicidal.

Directed by Terrance Fisher and written by Jimmy Sangster, Curse of Frankenstein moves the horror film to a much more adult and dark level, and we should all be grateful that they did.

This one is a must see. 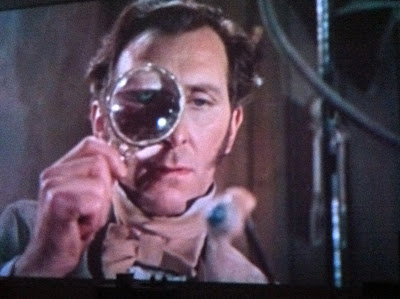