Marie Adams and the Three Tons of Joy 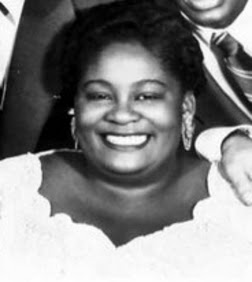 One of the regulars on the traveling show of the original King of Rock n Roll,  Johnny Otis was Marie Adams, who along with her back-up singers, Three Tons of Joy, could cover the gambit between Gospel, Blues, and good old fashioned Rock and Roll.


Adams was a regular performer on the Johnny Otis show well into the 1960's and while never a big hit maker on the radio, her vocals, once heard are unforgettable.

So here is in one of the few television appearances I could find, introduced by Johnny himself, here is Marie singing, Goody, Goody...

And if you liked that, check out this audio track of her biggest "hit", Mama, He's Making Eyes At Me...