1975 - National Lampoon looks at the Real Lives of Comic Characters.

From the National Lampoon Very Large Book of Comical Funnies, 1975 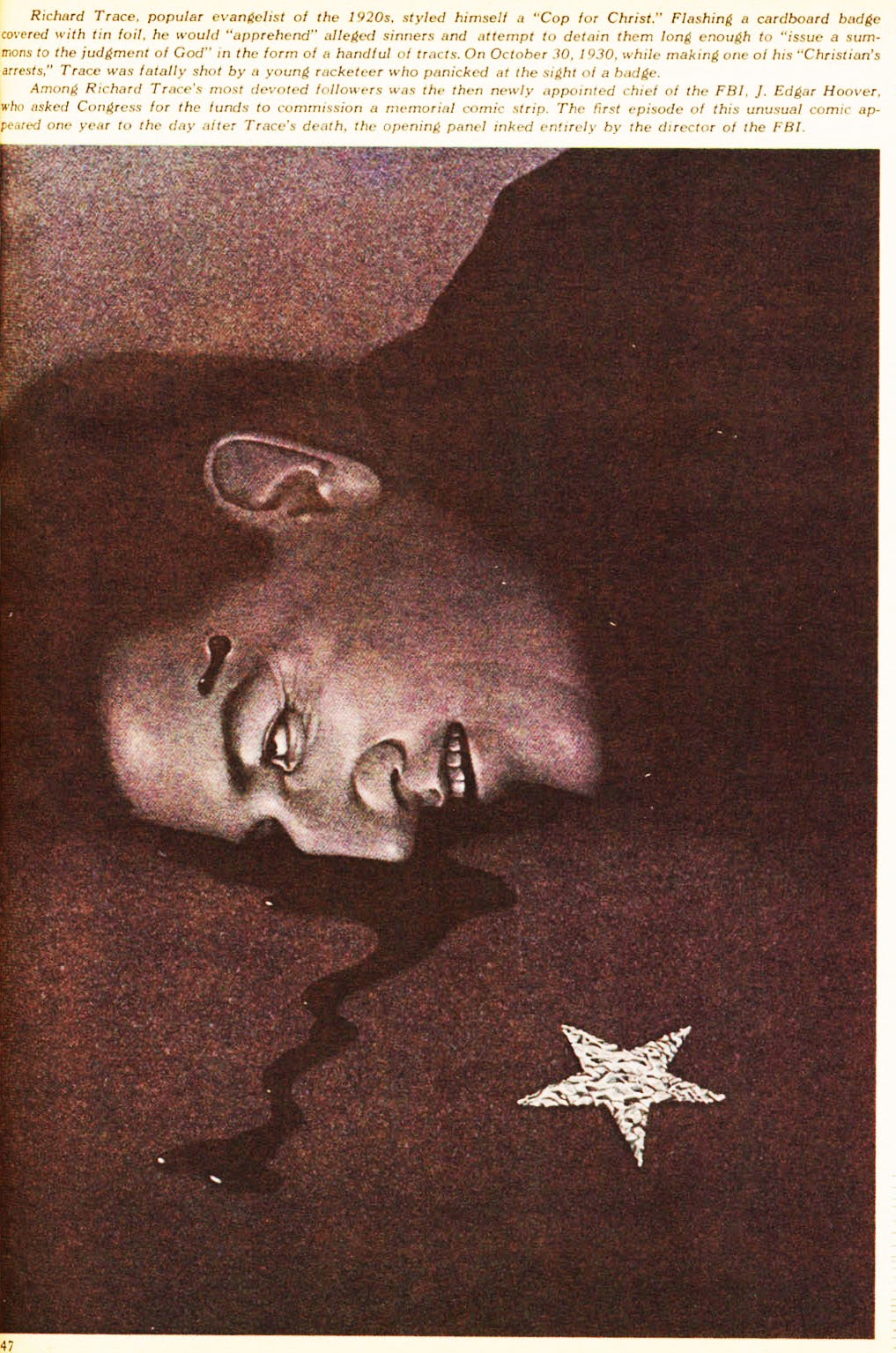 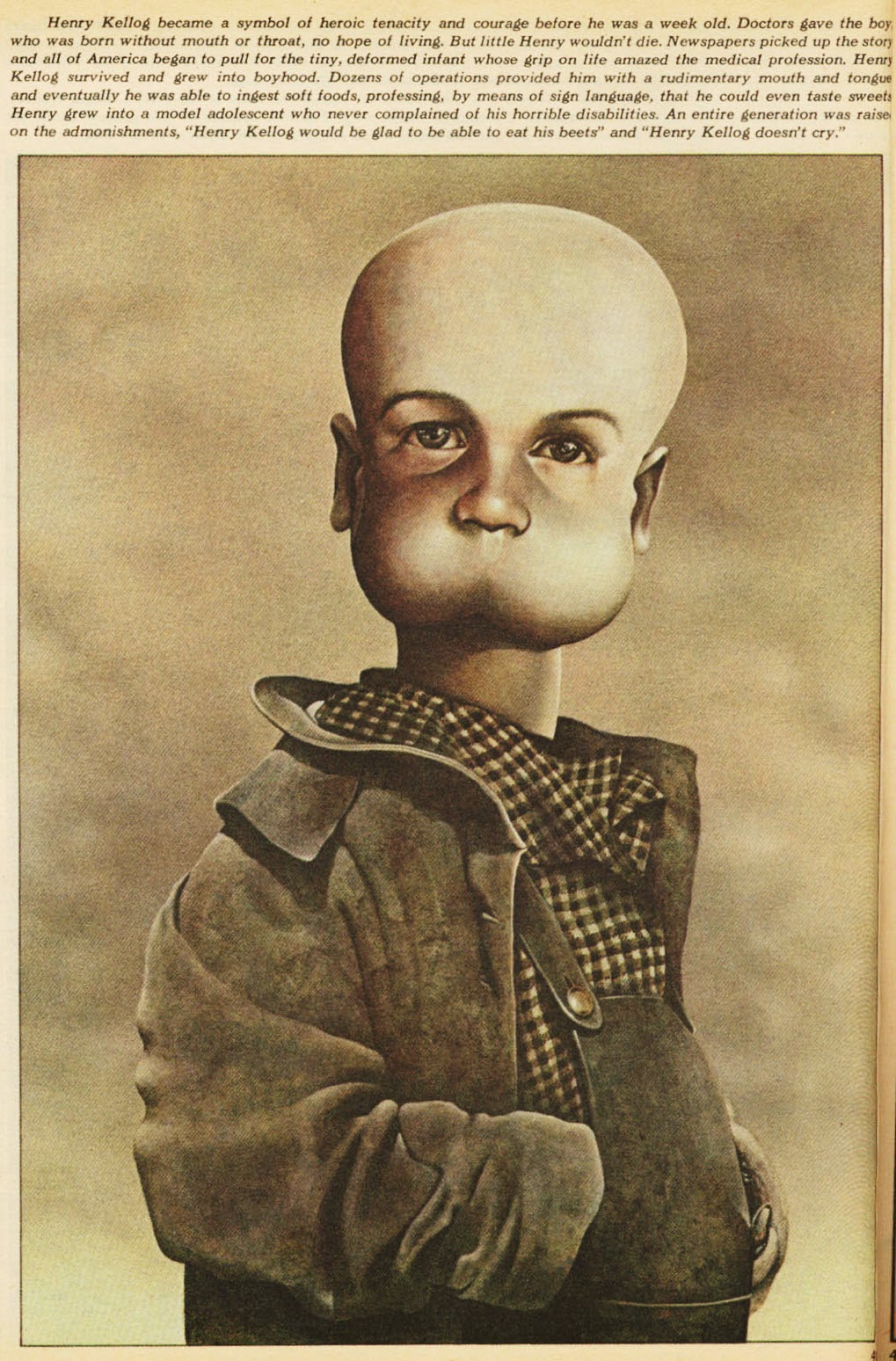 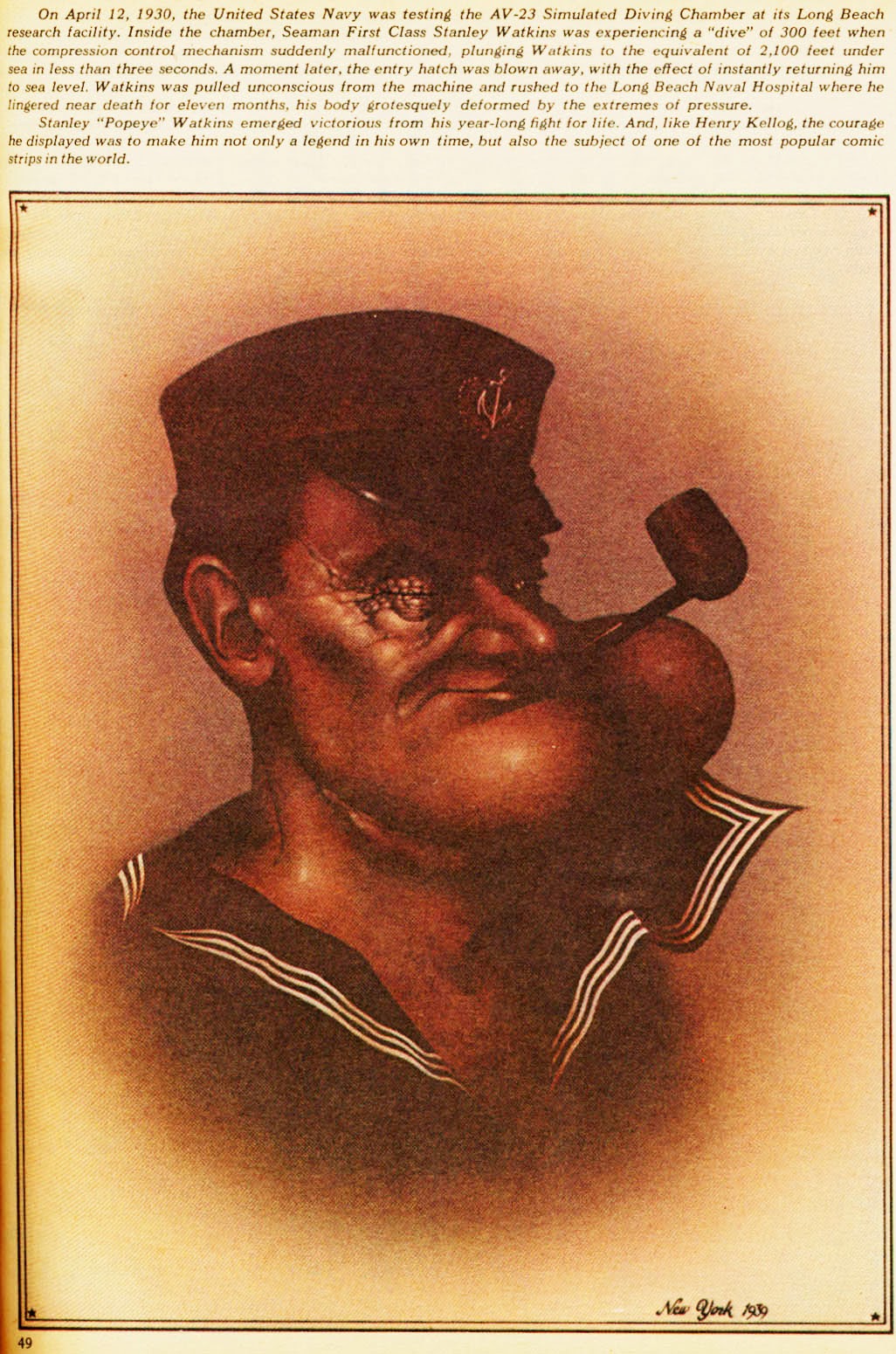 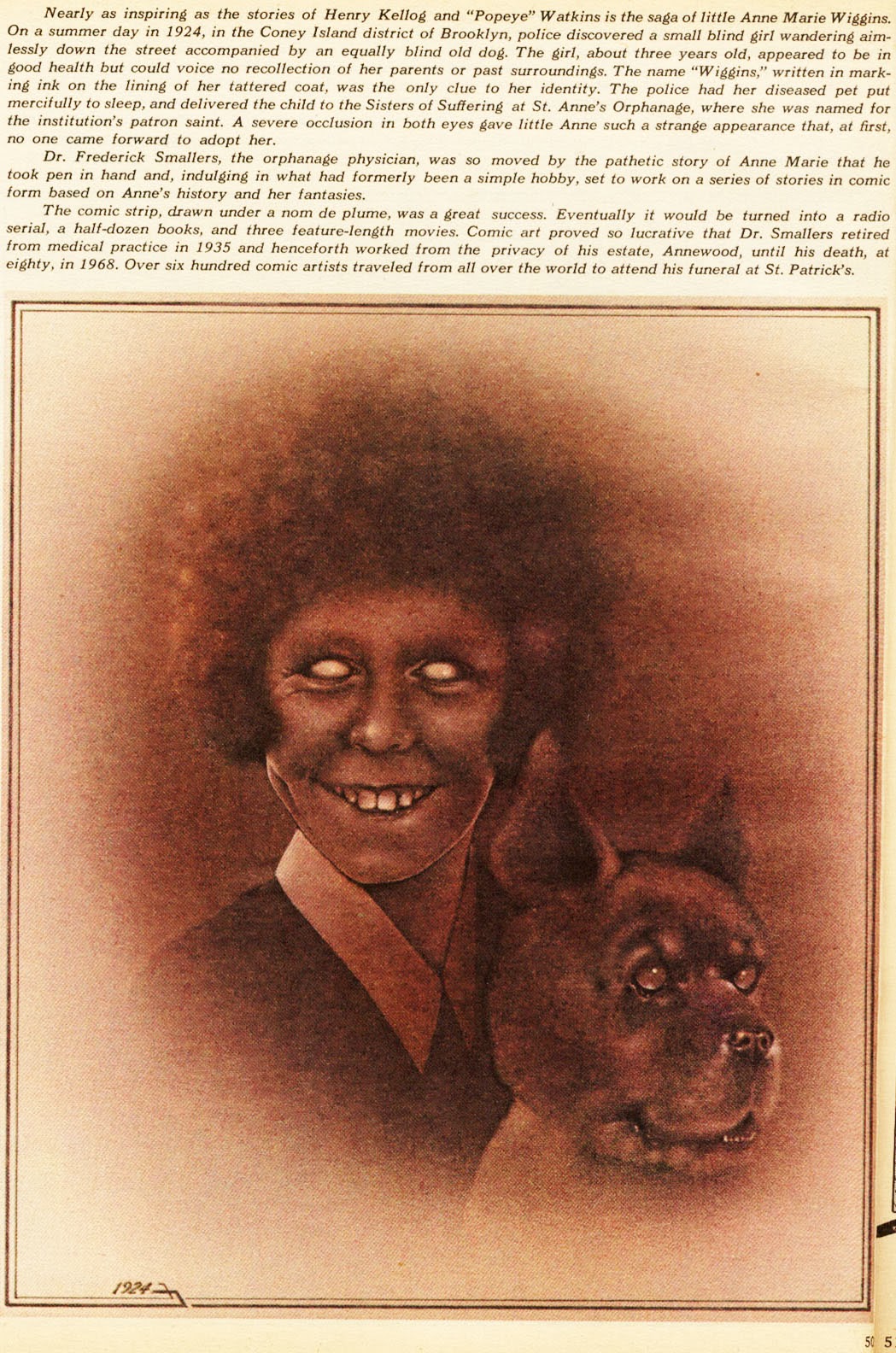 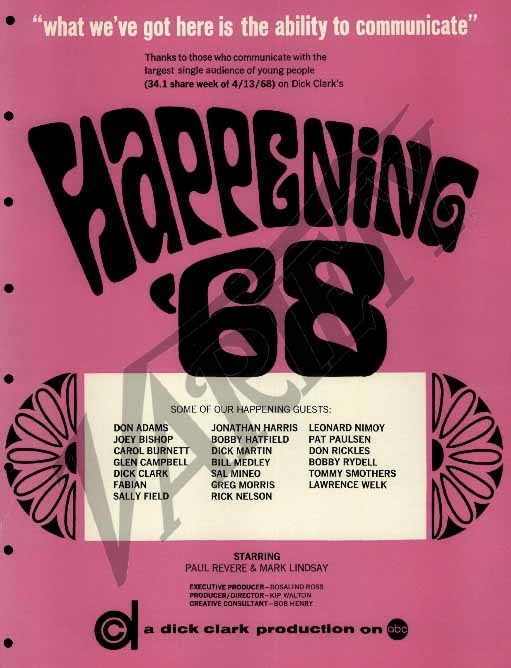 Happening '68 (later '69) was a great little music series that ran on ABC in the late 60's on Saturday's after American Bandstand. This episode, guest starring the Monkees is hosted by Mark Lindsay of Paul Revere and the Raiders and has Mark and the Monkees jamming and having fun. This is really cool.

1973 - And Even More Movie Advertisements 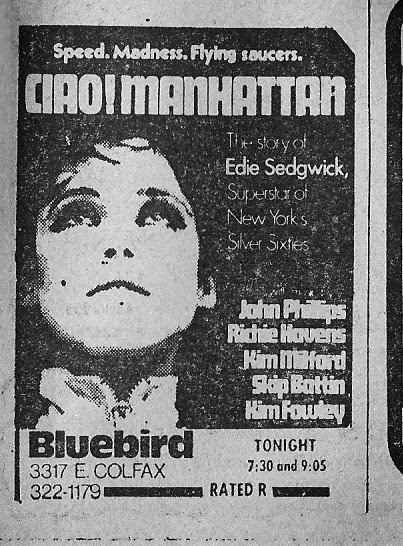 Well gang this is the last of my movie scans for now. I've run out of newspapers to scan, so until I can find some more older papers, this is the end.

These are almost all from the Rocky Mountain News from January 1973.

It's been fun posting all of these, that is for sure. 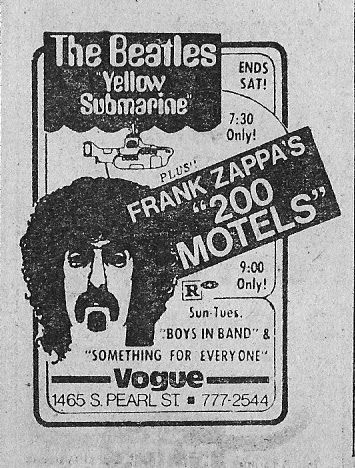 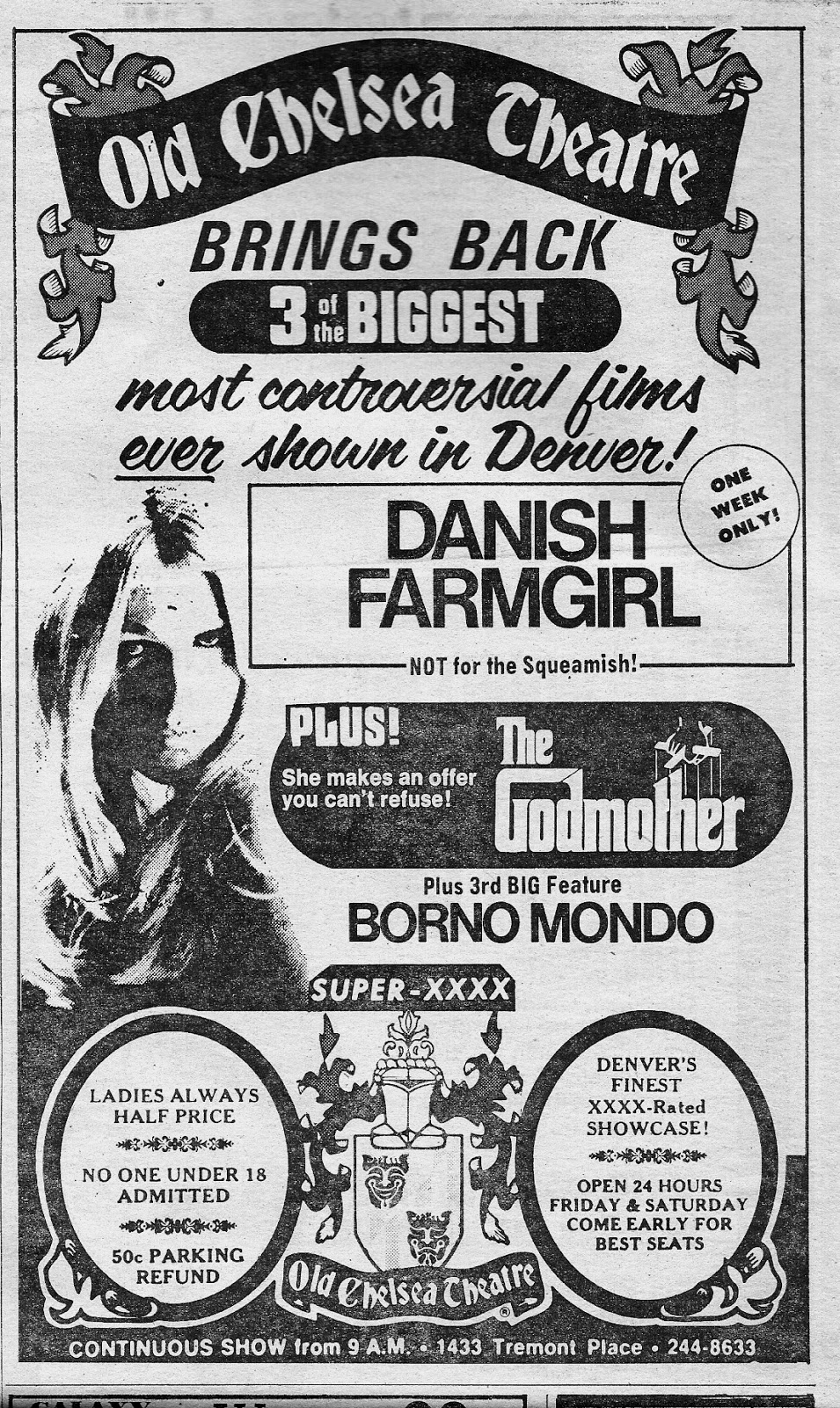 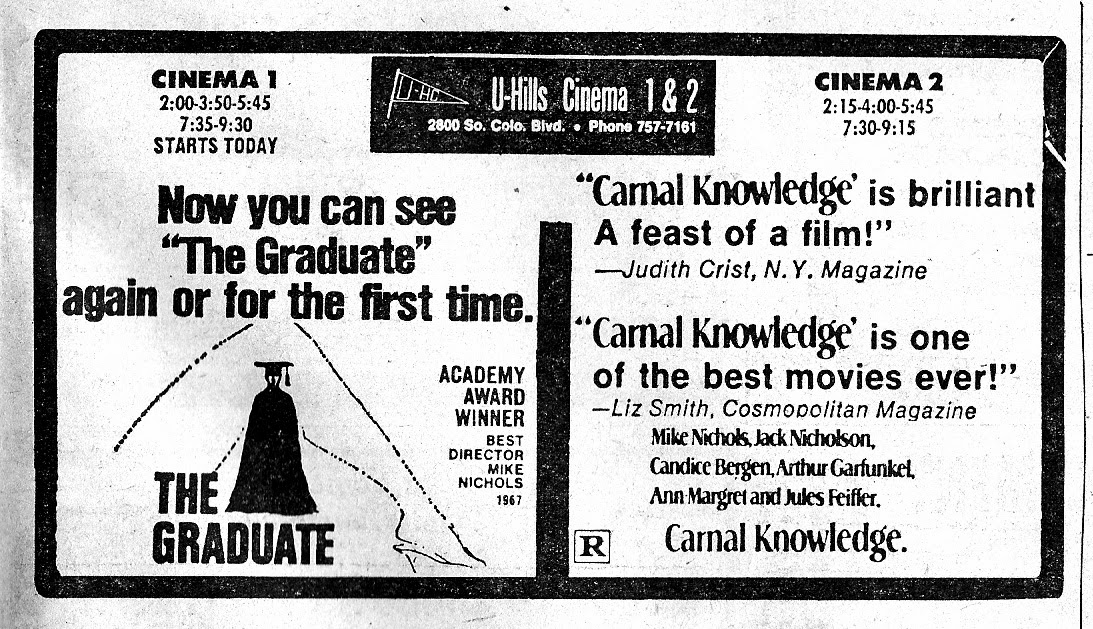 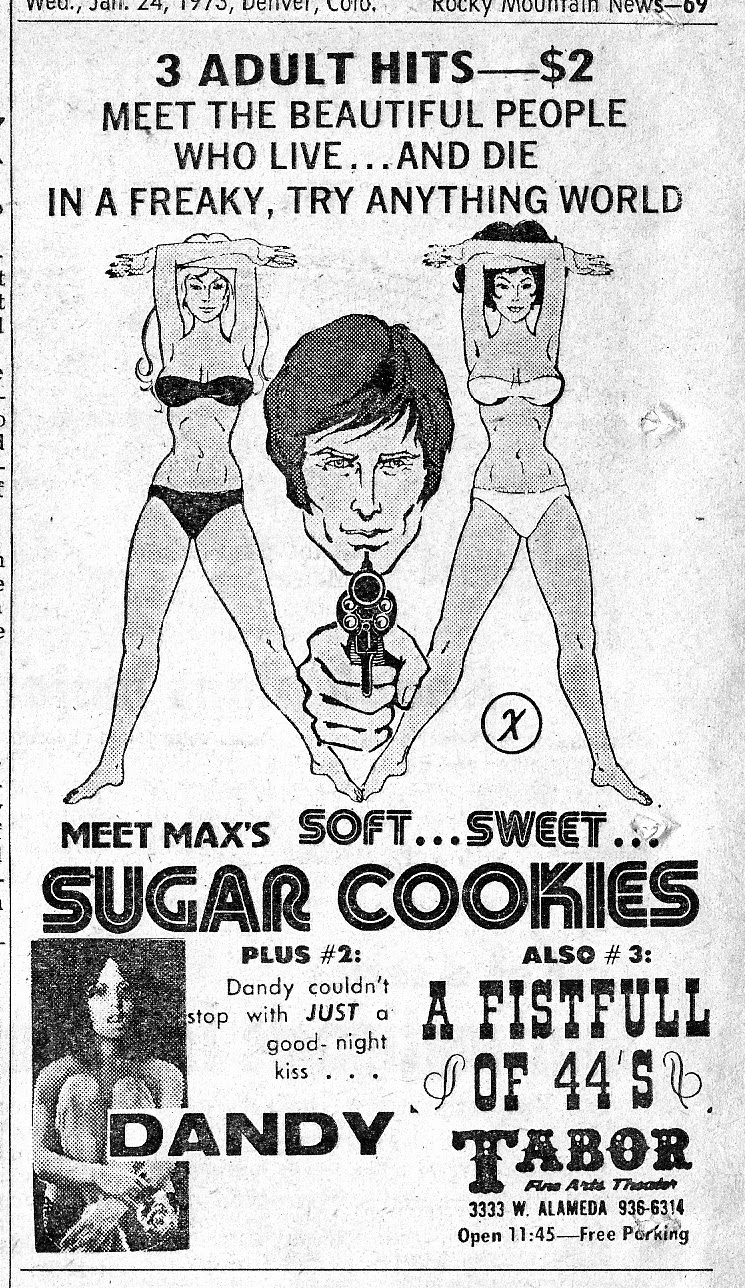 Oh those innocent days of the 1970's, it's kind of a wonder we didn't all end the decade with chlamydia.
Posted by Rick Diehl at 3:20 PM 1 comment:

50 years ago today, New York City, the Beatles arrive in the Unites States. During the next few days the city, heck the whole country was gripped by Beatlemania. The Fab Four were in the states and Ed Sullivan was only two days away.

It just doesn't get better than Hammer's classic, Dracula A.D. 1972. Okay, there might be one or two better movies, maybe, but as I'm concerned this little monster movie is still about as good as it gets.

Directed by Alan Gibson, written by Don Houghton and starring Christopher Lee, Stephanie Beacham, Christopher Neame, Michael Coles, Caroline Munro and returning to the series against Lee, for the first time since 1958's Horror of Dracula, Peter Cushing. This seventh entry into the Hammer Dracula series finds the Count resurrected into modern (at least for 1972 modern) London where he finds himself once again hunted by his traditional foe Van Helsing, but also mixed up with something far more terrifying, Hippies.

The story begins in the year 1872, Dracula and his arch foe Lawrence Van Helsing battle on top of an out of control coach racing through Hyde Park in the dead of night (actually from the look of it, the middle of the day with night filters, but be that as it may). Just as Dracula has his foe at his mercy, the coach crashes sending both the vampire lord and his ancient enemy flying into the dirt. Van Helsing is badly hurt, but Dracula is impaled with a wooden wheel spoke, Van Helsing struggles to reach the vampire, and with his dying breathe Van Helsing pushes the wooden skewer deep into the Count's heart once again sending him back to the grave, reduced to dust.

Even as Van Helsing falls to the ground dead, a young man (Christopher Neame) comes riding to the scene and gathers Dracula's ashes, and pockets the vampires ring. Not too long after that in the bright daylight as Van Helsing is laid to rest, the man buries some of the ashes in the same graveyard, a short distance from Van Helsing. The camera pans up to the sky and it suddenly cuts from 1872 and with the appearance of a jet and the title card we are off and running on one of the Lord of the Undead's weirdest films, Dracula A.D. 1972.

Somewhere in Chelsea a group of pretty young hippies, led by Johnny Alucard (Christopher Neame), who happens to be the spitting image of the man who gathered Dracula's ashes back in 1872, have crashed a high society party where the popular rock band Stoneground have been invited to play.

Not at all happy to have their home invaded by a bunch of unwashed ruffians (or in this case a group of well dressed and attractive young actors) the hosts call the police. It turns out though that this is the entire point as Johnny and his friends are playing a game where they burst into a party, cause trouble, dance, drink and generally screw around causing a commotion with the goal of slipping out exactly one minute before the police arrive.

Among the party crashers is young Jessica Van Helsing (Stephanie Beacham), the great-great-grand daughter of Lawrence Van Helsing, the guy who killed Dracula at the start of the movie. With Johnny as their defacto leader, he and Jessica are part of a group of hip young folks going around London looking for the newest thrill. That Jessica is part of a group of friends led by Alucard (spell it backwards), is probably no coincidence.

The Stoneground make the scene


After just barely escaping capture by the police, Johnny's gang gathers at their nightclub where Alucard, tells the kids about what he has planned for the next night. See Johnny has a new thrill in mind, something groovy, kookie but creepy too. Johnny's plan is to have the whole gang gather at midnight, the next night, at an abandoned church where the gang will hold a black mass and call up the devil himself. Summoning the devil sounds like a good time to the whole gang, well okay the whole gang except for Jessica, who as a Van Helsing is not so sure this is such a great idea. Still she doesn't want to cause a fuss, and is somewhat calmed by the reactions of her boyfriend Bob (Philip Miller) and her buddy, Laura (Caroline Munro), both of whom are treating the idea as a goof.


Of course, Johnny is not to be trusted as later that night Alucard returns to his home where he opens a ornate wooden box containing what are clearly the bottle of Dracula's ashes as well as the vampires signet ring. Johnny looks around and briefly puts the ring on his own finger, smiling happily. As Johnny fondles the ring, Jessica is also getting home just in time to run into her grandfather Lorrimer Van Helsing (Peter Cushing), a kindly old man who gently let's the girl know that he worries about her late night activities.

Not wanting the old guy to worry about her Jessica does her best to comfort her grandfather and convince him that she isn't up to anything, but never the less the old man worries. He isn't so sure about her friends, especially this Alucard fellow. He can't quite put his finger on it, but there is just something about the name that just rings a bell.

The next evening as planned, Johnny, Jessica and the gang gather at St Bartolph’s, an old abandoned church. scheduled for demolition and no longer consecrated. While walking through the churchyard Jessica is shocked and upset to discover the grave of Lawrence Van Helsing, her great-great-grandfather, the man who originally killed Dracula. Sure that it is just a coincidence Bob convinces Jessica to go inside the abandoned church with promises that the Black Mass is just an excuse for a party. Jessica goes along, but she is sure that Johnny knew about the grave, and wanted Jessica to see it


Of course Jessica is right, because what Bob doesn't know is that Johnny Alucard's family has been servants of Dracula for centuries. Tonight's Black Mass is to summon someone, just not Satan. Alucard has brought Jessica, because he knows that nothing will please his resurrected master more then a Van Helsing to feed on.

It’s a weird scene right from the start with lighting and winds blowing inside the church, but then things get downright freaky when Johnny suddenly slashes his wrist, mixes his blood with his bottle of Dracula ashes and then pours it over his girlfriend Laura (Caroline Munro), the girl acting as the alter in their little Black Mass.

As the winds get fiercer, Jessica and the rest of the kids run away, everybody except for Laura that is, who seems frozen to the spot and unable to run. Then everything goes quiet, and as Johnny stands there and Laura whimpers, Dracula appears before the two and with a century of thirst takes Laura as his victim.

The next morning Laura’s body, drained of blood, is found abandoned in a rubbish heap. Inspector Murray of Scotland Yard (Michael Coles) is called unto the case, seeing Jessica’s name on the list of Laura’s friend, and having worked with Van Helsing before on several “odd” cases, he goes to see the professor. When the two confront Jessica and tell her that Laura is dead, the girl quickly tells the two men everything she can about what happened.

In the meantime, back at his place, Johnny Alucard has brought another member of the gang over to meet his new roomie, Dracula, who quickly dispatches the girl and then starts bitching at Johnny for not bringing him Jessica. Johnny, points out that Dracula had promised to turn him into a vampire but hadn't done it yet, and that if he was a vampire it would be much easier to get Jessica. Trying not to roll his eyes and just kill the twirp, Dracula goes ahead and gives Johnny the hickey of doom, turning him into a vampire.

Deciding that he needs a bit more help getting Jessica to his master, Johnny turns Jessica’s boyfriend, Bob, into a vampire as well. With in a short time, Bob manages to lure Jessica to the closed bar, where Johnny is waiting and the two of them take the terrified Jessica captive to wait for Dracula’s pleasure.

Returning to his flat, Johnny is surprised by Van Helsing, who is there looking for Jessica and who quickly figures out that Johnny is a vampire. The two fight with Johnny wounding Van Helsing with a knife. Still luck is with the old man when Johnny manages to fall into a running shower under a bright skylight killing himself in a stunningly Clouseau like manner.

Quickly heading to St Bartolph’s, Van Helsing finds Jessica unconscious in a trance. Quickly putting a crucifix around her neck for protection, he goes out into the graveyard and finding an open grave quickly converts it into a stake filled pit.

After the sun goes down, Dracula comes for Jessica. Van Helsing is ready though and stabs Dracula with a silver blade, gravely injuring the vampire lord. However it turns out that Jessica is deeply in Dracula's power, and the girl removes the silver blade from the vampire who quickly recovers.

Van Helsing and Dracula battle until apparently panicking, Van Helsing flees out the door. Dracula follows his nemesis outside, but the old man surprises the vampire, by throwing holy water into his face. The pain from the holy water causes Dracula to step backward where he falls into the pit of stake, impaling himself and once again sending him back to dust.

I really do love this movie. Dracula A.D. 1972 is just about as much fun as a movie can get. Vampires, sexy girls, Peter Cushing, a decent rock score and swinging London back when that actually meant something. More importantly Christopher Lee got much more to do in this film then he had in the extended cameos he had made in the last two Dracula films and better yet Peter Cushing was around to carry on the heroics which was always a plus.

Sure it's easy to make he case there are better films from Hammer, better Vampire movies and even better films about the early 70's, but not all in one movie. Dracula A.D. 1972 is a hip, sanguine classic.