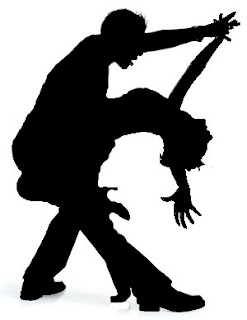 At a garage sale I came across a Sanyo turntable, receiver and some mid-level speakers for next to nothing that was in almost perfect shape. It looked like the original owner had bought it right before the beginning of the CD era and pretty much just let it sit somewhere for the next 30 years. It plays perfectly, with great sound and the needle itself looks like it’s brand new. 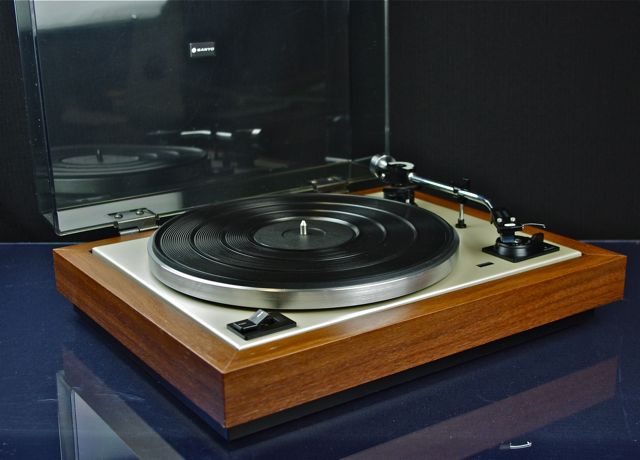 There has been a whole bunch of debate over the years about what sounds better, analog or digital with strong opinion on both sides of the subject. Now me, I can't speak for the science of it all, but all I know is that to these imperfect ears, the music just plain sounds better on a record then on a CD or MP3.

Granted a lot of this has to do with the record player being a high end system with a good receiver and decent speakers as opposed to my computer speakers which is what I listen to most stuff on. So even if the better sound of analog is just my imagination, I like the sound of records regardless

So here I am with this very nice stereo system all set up and ready to go and  but unfortunately, like most of the rest of us, I got rid of all my records. Now I held out longer than most, but the last of my albums went away at least three years ago and even then they had sat for quite a while just gathering dust.

As luck would have it, Colorado Springs has two excellent places to shop for old lp’s,  Independent Records and Earthpig Music. And with the expenditure of a
round $50.00, I was able to make a nice start rebuilding the collection.

Sure some of these records are pretty obvious choices for any basic record collection, but still I was happy to be able to find some of them as easily as I did.

The nice thing about moving to an outdated entertainment technology is just how easy it can be to find the music you want to listen to. I was able to fins many of the records I wanted right off the bat, although there were certain bands that were very hard to find, like the Cure, or were every single piece of vinyl was marked up to collectors pricing, like the Grateful Dead. But even then that still left a whole bunch to choose from.

While there are Beatles albums I probably "like" more than Revolver, there are none that I wanted to listen to on album again more. From the opening notes of Harrison's Taxman, all the way through to Lennon's classic Tomorrow Never Knows, Revolver is one of the best albums by the best band ever.

Had to get some Talking Heads, there was no other way about it. This classic post-Punk band is one of my all time favorites. Led by the enigmatic and brilliant David Byrne, Talking Heads proved that a band could be both smart and danceable.


More Songs About Buildings and Food, Talking Heads second album and their first with producer Brian Eno is funky, loud, outrageous and fun. Thank You For Sending Me An Angel, The Big Country and Stay Hungry are some of the best songs with the best piece the bands rocking cover of Al Greens, Take Me to the River. This was the first record by Talking Heads I bought when I was about 16 years old, and it had to be one of the first records in any new collection I was going to begin.

Little Creatures is a collection of some truly dark songs, almost all about alienation, loneliness and the emptiness of the modern world. And yet Byrne and company stunningly disguised all the depression and nihilism inside of a bouncy pop album, making Little Creatures one of those albums that will catch up with you and knock you off your feet when you least expect it.

The version of Jimi Hendrix Experience's Smash hits is the later American, stereo release, that contains pieces from all three of the bands studio releases. Obviously as a hits collection the album lacks the depth of material found on the original albums, but as a basic catalog of the bands most impressive work, this nicely produced, well mixed collection is more then satisfactory. All the hits are there from Purple Haze and Foxy Lady, to the more blues inspired, Hey Joe, and of course Jimi's blistering version of Dylan's All Along the Watchtower. I need to get the full albums as I find them, but in the meantime, Smash Hits will hold any fan of the maestro over.

Again three more excellent greatest hits packages to hold me over as I rebuild buying the original albums. Elton John's Greatest Hits is a nice collection of the hits from the artists early years, while the Jethro Tull collection has pieces from throughout the bands most productive period. Finally the Dave Edmunds hits collection is just a fine package of the rockabilly/blues inspired work of this British great. Again, I highly recommend the original albums these songs come from, but as hits packages go these are really hard to beat.

Who guitarists Peter Townshend's first full length solo record 1980's Empty Glass has the songwriter taking a serious look at just what 15 years of fame and the hard living that came along with it had wrought in his life. Such classics as Let My Love Open the Door, Gonna Git Ya, and Rough Boys, make this one of Pete's best works solo or otherwise. Plus this is another of those records I had when I was much younger that I just can't possibly picture having a record collection and not having a copy of.

If I'm going to go full on analog, then I better get something out of the ordinary, something intelligent, something odd and most of all something fun, and all of those choices work when you are talking about the great American composer, musician and artist, Laurie Anderson. For decades Anderson, with her synthesized violin and wall of filters has been making both biting commentary about the human condition, but great and incredible music in the meantime. If you have never had the pleasure of hearing Anderson, I can't recommend wither of these two records, Home of the Brave or Mister Heartbreak enough. Home of the Brave is the soundtrack from Anderson s performance film of the same name, while Mister Heartbreak is a more straightforward studio release, but both of them are filled with wonders for the ear like the classic Sharkey's Day and the amazing Language is a Virus, songs that only get better the more times you play them.

Another of my MUST artists.


The first album by Alan Parsons, producer of Pink Floyd's classic Dark Side of the Moon and his musical partner Eric Woolfson is a series of songs based on the works of Poe. The first side is straight forward enough with several enjoyable pop songs based on stories such as the Raven, Tell-Tale Heart and Cask of Amontillado, but side two's full length instrumental work, Fall of the House of Usher is what makes the album such a treat. It's a full bore progressive rock symphony with blaring horns, rising violins and spooky synthesizer, that luckily just misses being overblown by about three notes. Another fine treat from the 70's


12. The Concerts for the People of Kampuchea.


The Concerts for the People of Kampuchea. From a series of concerts in 1979 to raise money and awareness to help the victims of the Cambodian genocide, this collection was not only for a good cause, but it also has some great live performances from some of the best bands of the early New Wave. Bordered with nice traditional live sets of the Who for side 1 and Paul McCartney & Wings for side 4, in between though, you've got live performances from the Clash, the Pretenders, the Specials, Rockpile with Robert Plant, Elvis Costello & the Attractions, Ian Dury & the Blockheads, and a great live cut from Queen. The performances are all first rate and really provide a great slice of the culture circa 1979.


Okay, look, I know it's cheese, but I'm a complete sucker for Earth, Wind & Fire's version of Got To Get You Into My Life and Aerosmith's amazing version of Come Together. The rest of the album goes from the so-so to some of the very worst cheese ever recorded by a group of people on too much cocaine. Still it was only a quarter so there you go. Plus the poster inside the album is awesome.


Armed Forces is in my opinion the seminal Elvis Costello album. What's So Funny About Peace Love and Understanding, Oliver's Army, Accidents Will Happen and Two Little Hitlers are among the very songs Costello ever wrote and this entire album is just full of energy and great music. Armed Forces is to me anyway one of the great rock albums.

Of course there is no way I can get a bunch of records from the 70's and skip the might Led Zeppelin. And here are two good ones to choose from. First there's the classic IV, an album that pretty much everyone alive who speaks English and is over the age of 40 knows by heart. Sure Stairway's the most famous song, but Going to California and When the Levee Breaks are my personal favorites. In Through the Out Door is the last studio album the band released before the death of drummer John Bonham and features some of my favorite songs by the band including All of My Love and Fool in the Rain.


Oh come on now, you new Pink Floyd was going to come into this at some point. We're talking albums and when you are talking vinyl Floyd is king. I straight up admit to buying the only two Floyd albums in the store and would have just as happily bought any of their other works too. Meddle is in my opinion where the second lineup really starts to take off, One of These Days still blows me away after all these decades. it is still one of the great guitar works of all time. And what's there left to say about Dark Side of the Moon, progressive rocks perfect work?

The Sex Pistols album is not the best record ever recorded, but it's absolutely one of my very favorites. There is not a single song on the entire record that isn't a classic. From the blistering opening of Holidays in the  Sun until the last chord of EMI, Bollocks never misses a beat. The only issue I have is that it should be Glen Matlock up there instead of Sid, but I guess that's just how rock n roll works eh kids?


Now to get some Miles Davis, and Queen, the Cure and The The, Neil Young and John Coltrane, and boy do I need some Johnny Cash.