In the 1970's the Drive-In was still king, and along with the main feature, there was a call for second and third bills to round things out.

Of course sex comedies were a staple of the B world, where despite the occasional nude scene or suggestive situation, the emphasis was always more on the comedy then the sex. And yeah, these movies could be just plain awful. And yet, can still be fun in their own way.

And if nothing else their poster all totally rock.

So sit back and let's take a look back at some of the steamy and slightly exploitative fun.

Can the Earth survive an invasion of sex crazed aliens from Italy, watch this badly dubbed wonder to find out for sure.

For years John Wayne's pretty boy son Patrick hoped to make a career for himself in Hollywood  although in the case of Beyond Atlantis he found himself having fun and working with the legendary Sid Haig, in this exploitation semi-classic from the Philippines.

Okay, now this one is actually kind of funny.

Young Colleen Camp stars in what is basically some harmless fluff that with the exception of one or two quick flashes of nudity could easily have passed for an ABC movie of the week. Like I said, fun, harmless fluff. But fluff with a sense of humor.

All my posts can't be long winded reviews.
Posted by Rick Diehl at 12:19 AM No comments:


In this post MTV era, television really doesn't provide very many places to watch live music anymore. Austin Cit Limits on PBS and Jonathon Ross on the BBC keep on plugging away, but they are the rare exception.


Now back in the 60's and 70's places shows American Bandstand would have all sorts of bands show up but the vast majority of time, it was to lipsynch to whatever hit they had currently on the radio. For actual live performances you needed to go to the talk shows, variety shows, SNL, Friday's and of course, Burt Sugarman's Midnight Special, where every week, Wolfman Jack would host the very best in popular music. 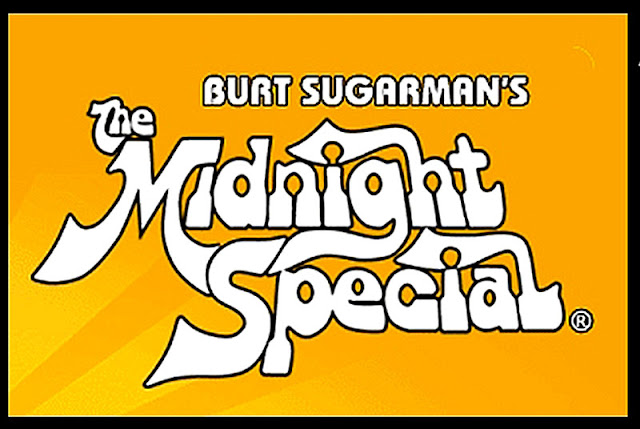 Here's a ripping version of Rhiannon by 70's monster group, Fleetwood Mac with the band almost certainly highly energized by whatever white powder just happened to be lying around, showing why they were one of the biggest bands of the era.


Another huge music group back in the 70's was the Steve Miller Band. For a time there Steve just was pumping out the hits. From a 1974 appearance on the Midnight Special, here's a really exceptional version of Fly Like an Eagle.

This performance by Gerry Rafferty of his hit Baker Street is from German TV, so not really part of this rant, but it's such a nice performance I had to throw it on anyway.

Steely Dan the jazz/rock band led by Donald Fagen and Walter Becker made a memorable 1973 appearance with this sizzling performance of their hit Reelin in the Years.

And finally for a bit more on the arty side there was the time in 1973 that the Midnight Special handed over their time slot one night and the people of the US were treated to the 1980 Floor Show, here's David Bowie and the ever lovey Marianne Faithfull, with their cover of I Got You Babe.

Posted by Rick Diehl at 1:59 AM No comments:


So about two years ago I posted a couple of nice little bits about Joe Kubert and a promotional magazine he made for Sparta printing titles Magazineland.....


Nice little posts, but nothing special other then the fact that it took hours to get the pages scanned and cleaned up. Still imagine my surprise when earlier today, I had a friend point out this post over at some comic blog named 20th Century Danny Boy.

Now, it's not that I mind my scans being taken and used without attribution, this is the internet and all of us have been guilty of this in the past. It wasn't that he only wrote a quick half assed paragraph before going to press, and it doesn't even bother me that he didn't even reprint the entire book.

What bugs me is that his post hit larger numbers on it's first day then the two I had in their first six months.

Obviously I am going to need to spend some more time working on Studd and seeing what I can do to increase my readership. Because I don't mind being ripped off, but I hate being obscure and ripped off.

Along with the good time at Studd, I've also been writing more serious stuff over at the always interesting, Techitement. 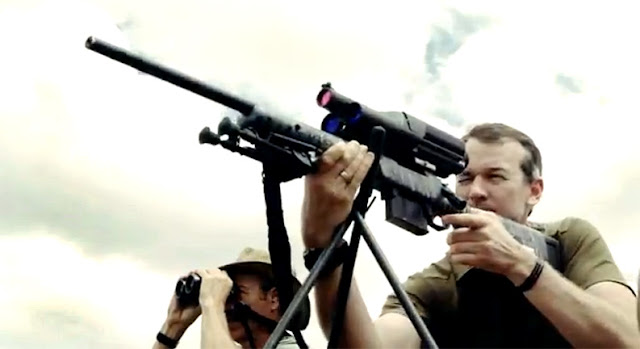 Intelligent Guns In The Age Of The Assassin

Do us a favor and have a peek.
Posted by Rick Diehl at 1:13 PM No comments: