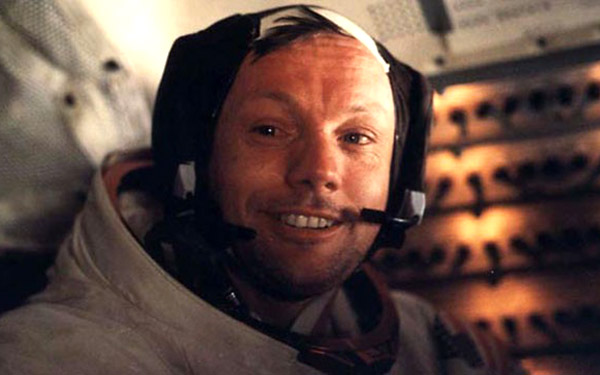 From the statement released by Neil Armstrong's family through NASA....“For those who may ask what they can do to honor Neil, we have a simple request. Honor his example of service, accomplishment and modesty, and the next time you walk outside on a clear night and see the moon smiling down at you, think of Neil Armstrong and give him a wink.” 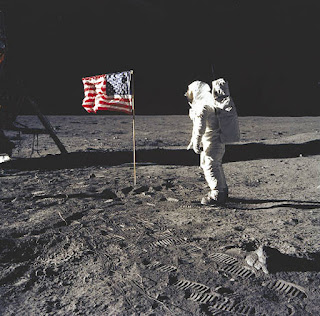 Neil Armstrong was born in Ohio in 1930, served in the conflict in Korea, became a test pilot and then an astronaut, first on Gemini 8 and then Apollo 11, and on July 21st, 1969 he became the first human being to set foot on the moon.

Back on Earth Armstrong kept out of the public view dedicating himself to teaching and engineering, and setting a constant example of honor and dignity.

Today, Neil Armstrong left this world, but all of us are better for his having been here.

I mourn for our loss, but I also feel hope. Hope for our children and their children and for the entire human race, because men like Neil Armstrong took those first tentative steps into the universe.

Long before classic heroes, Wonder Woman and Green Arrow ever made their first filmed appearances, their teenage sidekicks, Speedy and Wonder Girl were actively kicking butt every Saturday as part of the rotating cast of character on CBS's televisions Superman / Aquaman Hour.

With the huge success of televisions Batman, DC was anxious to get as many of their characters on the air as possible. So along with the exciting adventures of Superman, and his whole cast, along with Aquaman, Aqualad and Tusky the Walrus, the show also had shorts with numerous DC stars. The Atom, Flash, Hawkman and Green Lantern all got their adventures plus a few team-ups as the Justice League.

On top of that they also had several adventures with the Teen Titans.

With Robin not available because of licensing, sometime Titan and long time Green Arrow sidekick was picked as a substitute, and regular member Wonder Girl was part of the team, even though Wonder Woman was apparently not around because the producers of Batman were shopping a pilot around about the Avenging Amazon.


I know, how could something this wonderfully cheesy not get picked up for a full series, or even a pilot.

So there you were with the Titans, made up of Speedy, Wonder Girl, Aqualad and an badly miscolored Kid Flash having adventures years before their mentors ever made it to the television screen.

Of course when Wonder Woman did make her television premiere, it was in a most surprising place....


Yes, local librarian Diana Prince and her secret identity of Wonder Woman came to the aid of none other than the Brady Kids.

Of course a few years later when Green Arrow finally made an appearance on the Super Friends, they sort of got him confused with the Atom.


Filmations quality really varied from some very well done material to absolute dreck, but I think they hit a real high point late in the studios history when they made a straight forward adaptation of Captain Marvel featuring almost the entire Shazam cast.

First rate animation for the era, plus great tongue in cheek scripts taken from the original material made for a really fun cartoon.

I know it's getting off topic here but there is one other Filmation cartoon I wanted to mention even though it isn't really superhero based, but I was a huge fan of the late 1960's series, Fantastic Voyage, based on the Asimov film of the same name.


It was a nice looking series with a James Bond twist and well worth a look.

That's it for now.

Posted by Rick Diehl at 1:01 AM No comments:


I’m going to talk about why I’m a big fan of the popular 1960’s folk group, Peter, Paul & Mary, but first a bit of background.

When you are talking about folk music one of the most important factors people tend to look for is authenticity.

Pete Seeger and Woody Guthrie along with great songwriting talent exuded this deep authenticity, of dirt, poverty and desperation, where you could easily see any of them (not just Woody), in some 1930’s work camp singing about revolution around the campfire with Tom Joad at his side.

As fate would have it, in the late 1950’s and early 1960’s folk music exploded in popularity on university campuses across the United States.  Keep in mind, by the late 1950’s that original rush of rock n roll had ended. Elvis was in the Army, Pat Boone’s Tutti Frutti had sold something like ten times the copies that Little Richard had, and in those dark days after the death of Buddy Holly and before the British invasion brought a new intelligence and creativity to rock music, if you wanted to hear something challenging to your intelligence, something political radical or music about important issues, it was folk music that you listened to.

The Kingston Trio from San Francisco and the Brothers Four out of Seattle, were all nice white boys from middle class homes, who came out of college singing songs about labor riots and civil rights, but with such clean cut wholesomeness to their style that middle America embraced them.

Of course all that changed in 1962 when scruffy, middle class Jewish kid Robert Zimmerman moved to New York from Minnesota, and revolutionized music.

See the thing is that after a few decades of Dylan, the Beatles, the Rolling Stones and the like, nice wholesome boys like the Kingston Trio, no matter that they were singing music that at the time, was revolutionary, are pretty much at best nostalgia acts these days.

I tend to think that in a way the same thing happened to Peter, Paul & Mary
.
Put together in 1961 by a manager looking to create a recording act out of the New York coffee house scene, Peter Yarrow, Noel Paul Stookey and Mary Travers, enjoyed quick success with their excellent harmonies and arrangements, making Peter, Paul & Mary one of the most successful, and one of the most openly political acts of the 1960’s.

The thing about Peter, Paul & Mary is that unlike, Seeger or Dylan, is that they had smoothness to their sound that in my opinion just isn’t really embraced or understood by modern audiences. They just aren’t really viewed by modern fans of folk music as being particularly “authentic” or street level, and as such while not quite forgotten, Peter, Paul & Mary they do tend to get ignored.
And that’s a shame because Peter, Paul & Mary were excellent singers, who put out beautiful songs.

If I Had a Hammer

Written by Pete Seeger, If I Had a Hammer was a 1949 call to arms of American labor. This clip is of the trio singing their version of the song at the 1963 Civil Rights march on Washington DC, shortly before Martin Luther King would come out and give his immortal "I Have a Dream" speech.

In many ways it was because of Peter, Paul & Mary that these old labor songs seeped into the popular consciousness, to the point where these songs became wholesome enough for elementary schools.

Too Much of Nothing

The original version of Two Much of Nothing, by Dylan and the Band is one rough song, sounding like a bunch of miners singing in the dark. Under Travers, Stookey and Yarrow, the song becomes much more mainstream, and maybe that does cause the song to be lose something to some fans, but listen to that chorus and tell me that isn't just a beautiful hook.

Don't Think Twice, It's All Right

This is another Dylan cover by the band that's just beautiful, and probably my favorite version of this classic.

Stookey's voice on the lead just carries the weight of the lyrics, while at the same time just singing in this clear and beautiful voice. It's a real treat.

Let me say that I know this kind of folk stuff is not normal Studd material, but I really like Peter, Paul and Mary and think that their music has worth and should be put out there for a new generation to appreciate.

Okay, since you've all put up with this salute to whitebread, lets finish with the one you all really wanted to hear...

One of the great songs about childhood.