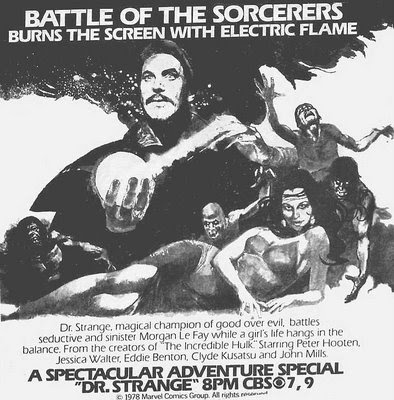 CBS made a number of tv projects back in the 1970's using characters from marvel comics.

Spider-Man, the Hulk and Captain America all took their turns, but for my money the very best of this admittedly shaky lot, was the 1978 film Doctor Strange


Peter Hooten, the star of the original Inglorious Bastards, plays a very 1970's hip version of the good doctor to near perfection and the rest of the supporting cast, including Jessica Walters are a blast.