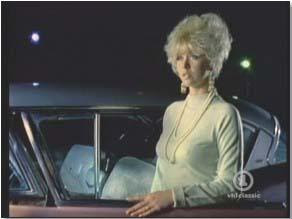 See, on VH1 today, they played Why Me? this 80's classic by Tony Carry / Planet P Project..

This song, more or less a play on Bowie's Major Tom, is about this hapless astronaut who only travels into outer space because he wants to impress a girl, and then lives to regret it. As our hero realizes that he's going on one very extended orbit, the song has the line, "He won't be back this way until 2010".
And as I heard it play today on my television, I really hoped that he was happy to finally be back home.
Honestly he had to be pretty relieved just to be back in gravity again, but I also could not help but wonder if his very hot German girlfriend had stuck it out.
Somehow I don't think that she did.
Posted by Rick Diehl at 8:02 PM