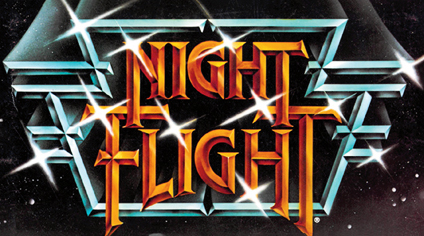 On Friday nights, back in the 80's, before it became the place to go for low budget cop shows, the USA Network was the home of the eclectic video show Night Flight.

So in tribute to one of the great shows of the television era, below is my own brief, little bloggers tribute to Night Flight...

Night Flight: A Night In the Wildwood


Firesign Theatre: Rat in the Box, broadcast on Night Flight 1985

The The - Infected,World Premiere on Night Flight 1986

Night Flight: The Thing What Lurked in the Tub

Night Flight: A Trip to the Movies

I think this sample of bits from Night Flight should give all of you an idea of what the show was like week after week. And because of Night Flight a whole bunch of us were able to survive one of tv's worst decades.