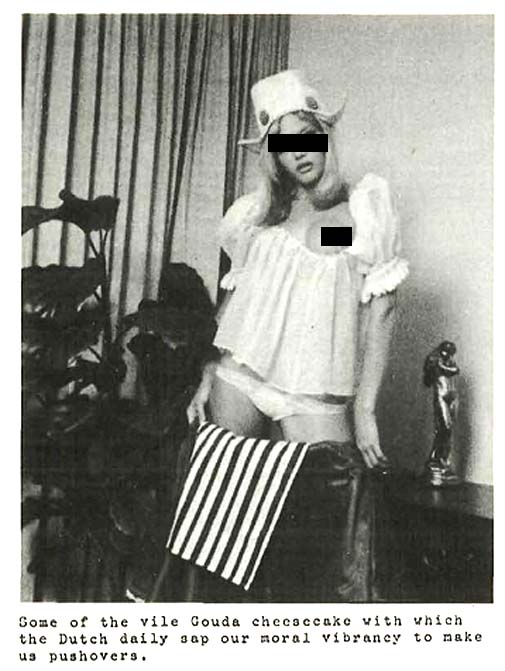 I was first made aware of the insidious Dutch conspiricy to weaken the morals of good American men, turning them into miserly, chocolate eating, wooden shoe wearing, tree hating hippies in the April 1973 issue of THIS fine magazine of investigative journalism. Think about it, how can anything good come from a country that uses one name for it's country and another name for it's people????

Plus think of how they insult our daughters each and every time they take them out on a "Dutch Treat?

And of then of course, there is the the foul cheese eaters attack on our trees!!!!!! 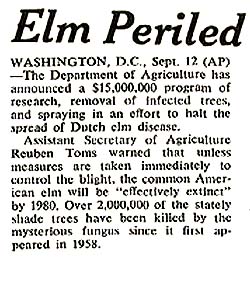 It's up to each and every right thinking person here at America and even in the more primitive, lower order nations as far abroad, as Australia or even Canada, to take a stand against the creeping Dutch threat. 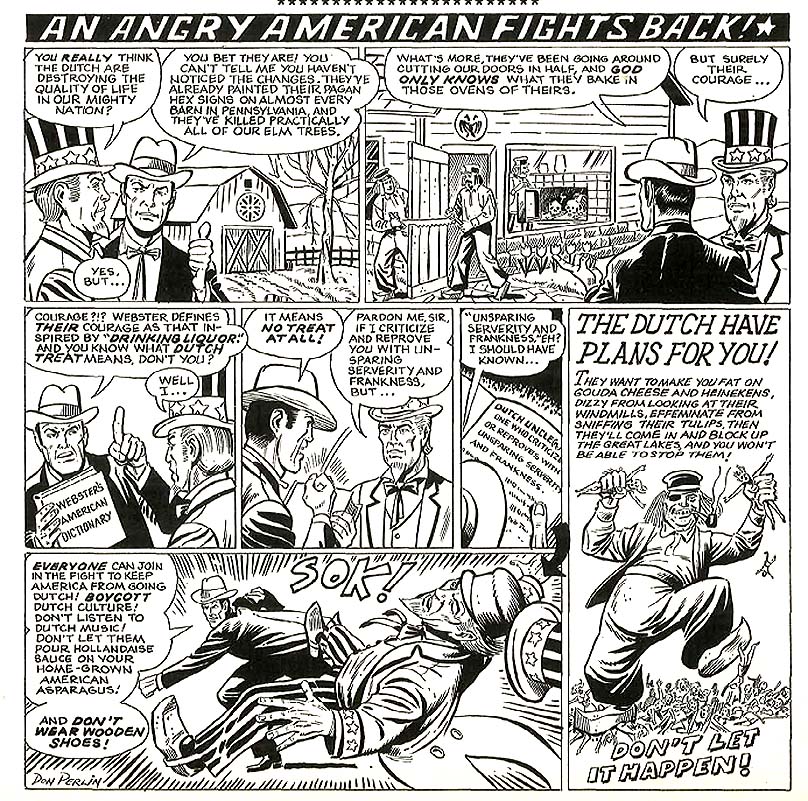 Oh sure, all you modern "Hipsters" out there with your saggy pants and casual attitudes toward pre-marital sex might think that this attack on everything sacred to Western Values is just the fantasy of some drug fueled crazy man in Colorado, and that America is perfectly safe from the menace of the wooden shoes.

Stand-up for your rights as a good, God fearing American and stomp out the menace of ... The Dutch!